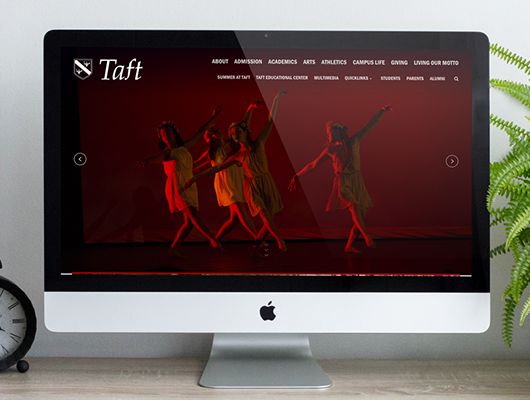 Few things age well in our world. Alas, websites are more vulnerable than most. Take Taft School in Watertown CT, where the school's web developer built the site herself. It made managing elements of student life like elections, registration and athletics much easier. It looked good to boot. End of story, at least for a time. 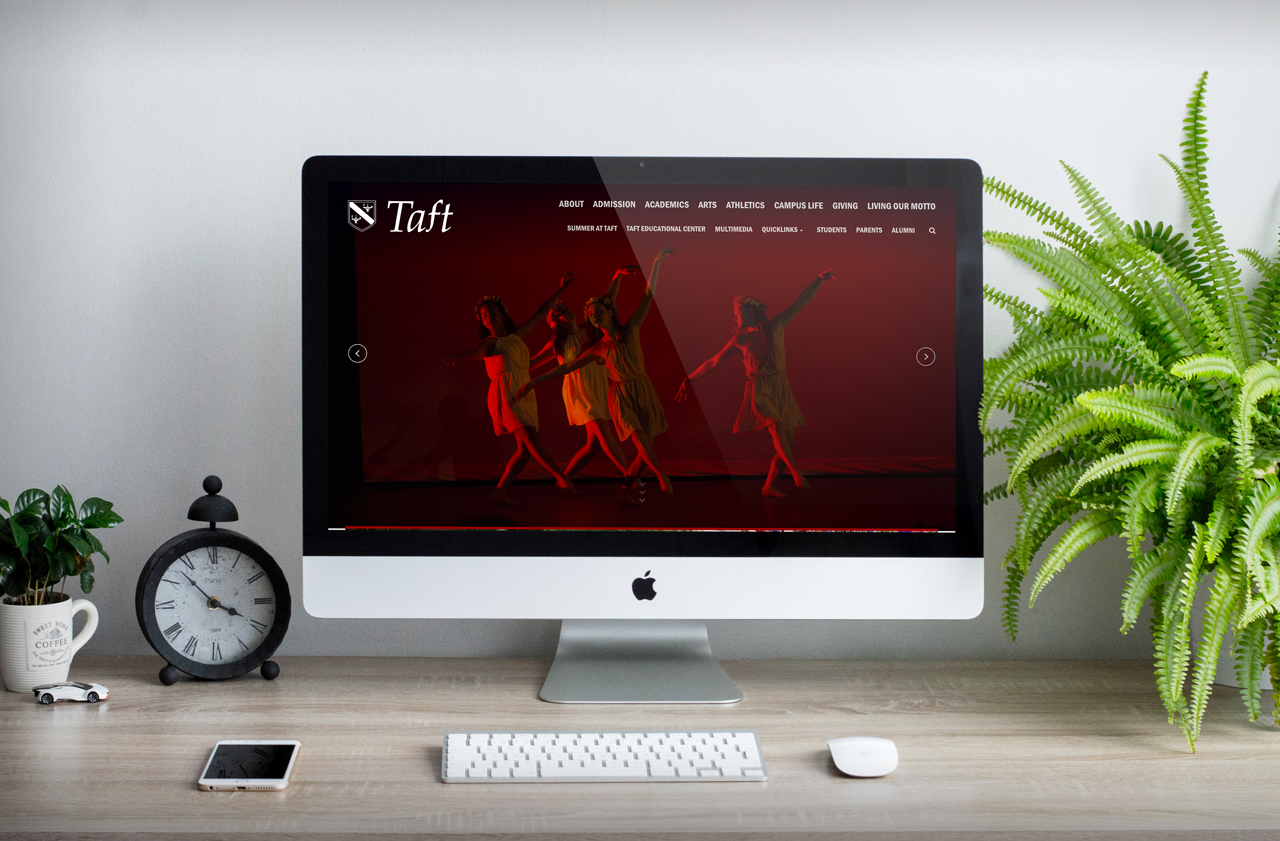 The school was well aware it needed to update its online image. It issued a Request for Proposals before Kaitlin was on staff. Administrators at the top-notch institution had high expectations and planned for another custom design, potentially from a design house out of New York or Boston.

Meanwhile, Kaitlin arrived. Leadership froze the website project so its new marketing chief could get to know the school and its needs. Then she could think website more clearly.

The school reissued its RFP to smaller design-only firms as well as more specialized providers like Finalsite. The boutique price tags gave Kaitlin pause: "Going with custom design was going to cost almost three times the price of one of Finalsite's packages." Moreover, those figures left out the all-important athletics component of Taft's digital story — something Finalsite's platform could handle with power and elegance.

"People at the school worried that using Finalsite would lock us down aesthetically. There was an assumption that the site would look cookie cutter," she said.

But Kaitlin was convinced that Finalsite was the way to go: "Finalsite has the expertise, and really has the process down. The team ushers you through in a timely manner."

Finalsite team helped Kaitlin and her staff "blow up" the previous website. Page by page, they re-examined preconceptions about the site's content, structure and hierarchy.

"Finalsite was as invested in making a gorgeous site as much as we were," says Kaitlin.

The excellence of the new Taft site stems from the joint efforts of Finalsite staff and school personnel. Kaitlin quickly credits her colleagues for their hard work. Assistant Director of Communications Debra Meyers took the lead on the site's structure and content, rewriting nearly all of the narrative to reflect a cleaner, more updated image. Web Developer Anne Kowalski made sure all the pieces came together seamlessly. Finally, Taft's full-time photographer, Robert Falcetti, captured amazing visuals that make students and campus leap off screens big and small.

Other staff also played key roles in crafting the distinctive feel of their departments' pages. Check out Taft's arts microsite, for an engaging look at what happens when web and school professionals work well together. 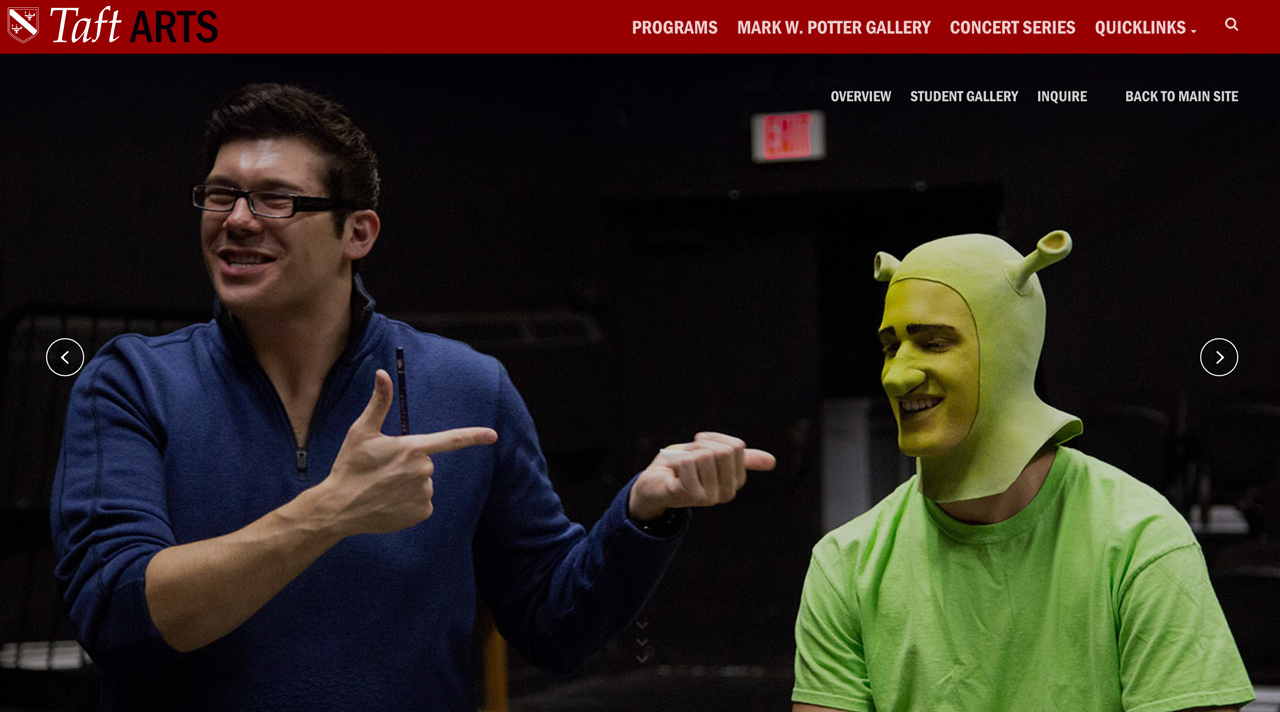 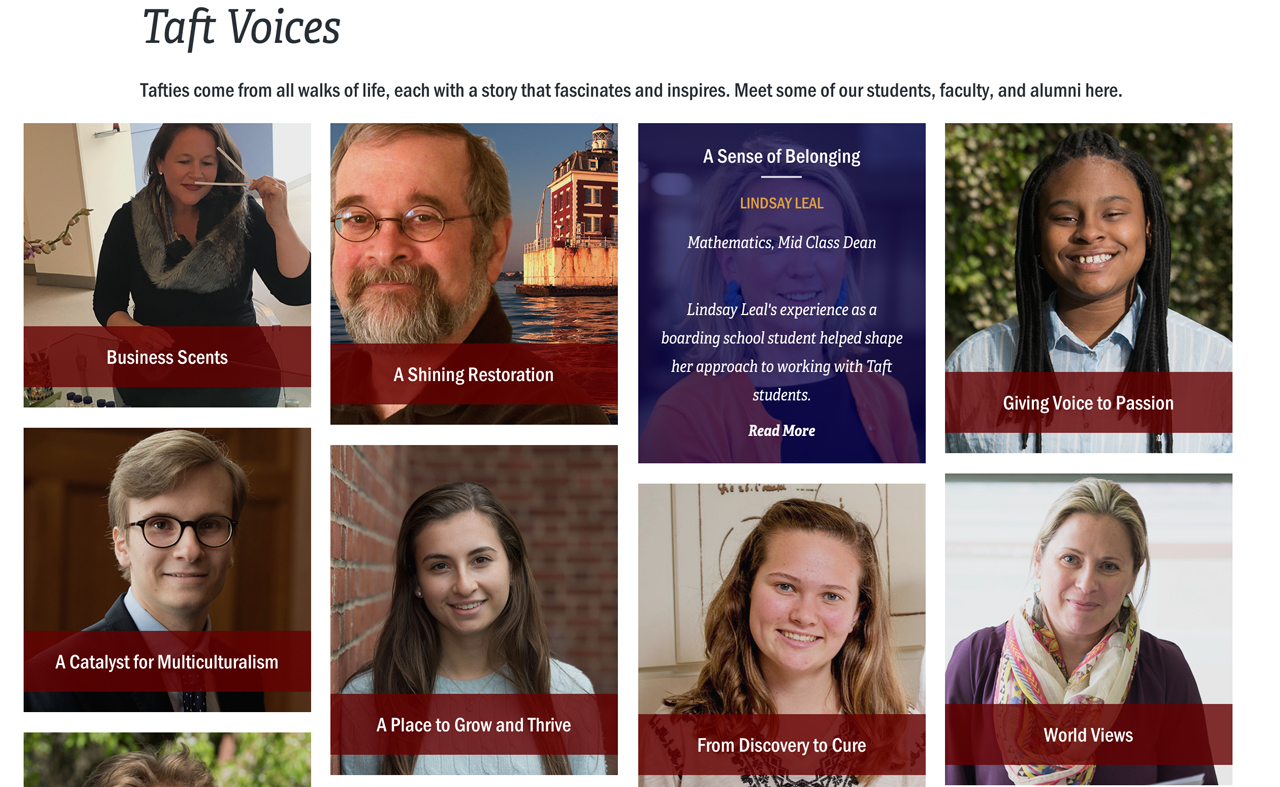 Their modern spin on a virtual tour, which is a social media mash-up created using Finalsite Feeds: 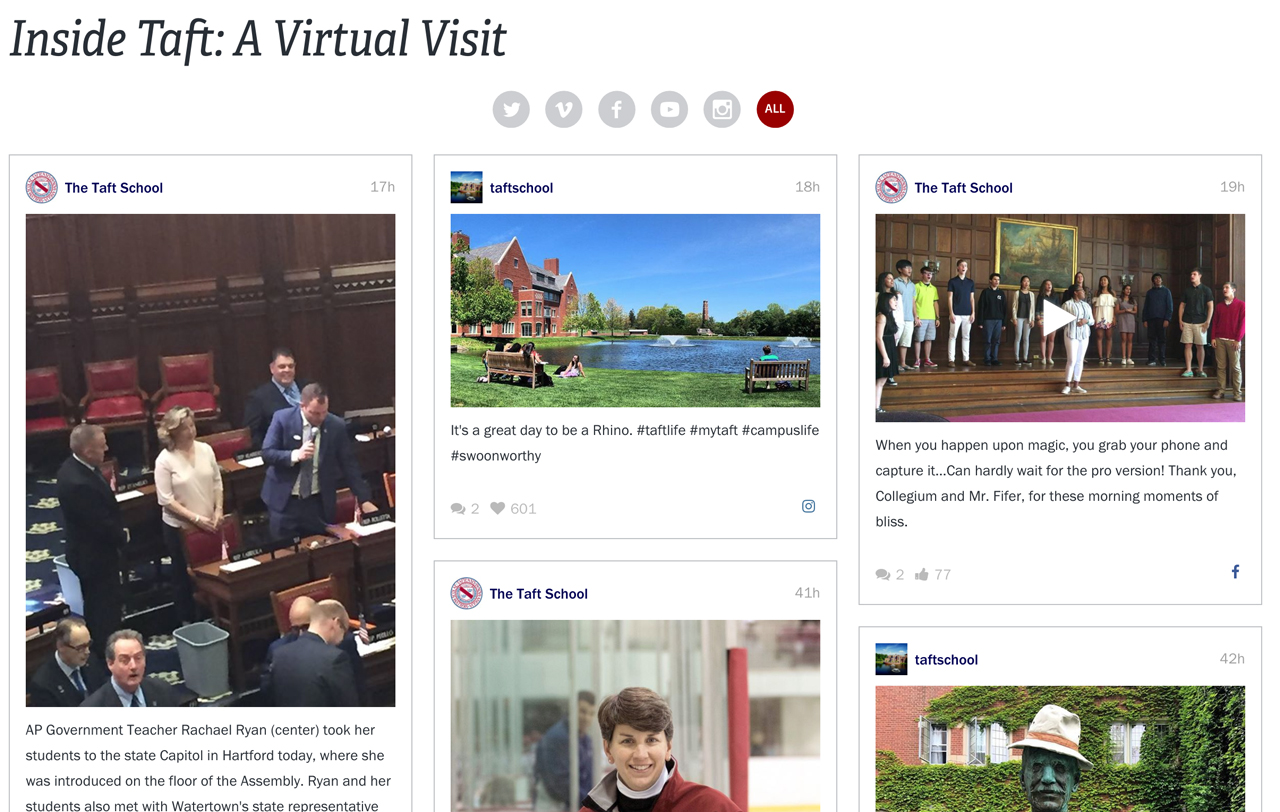 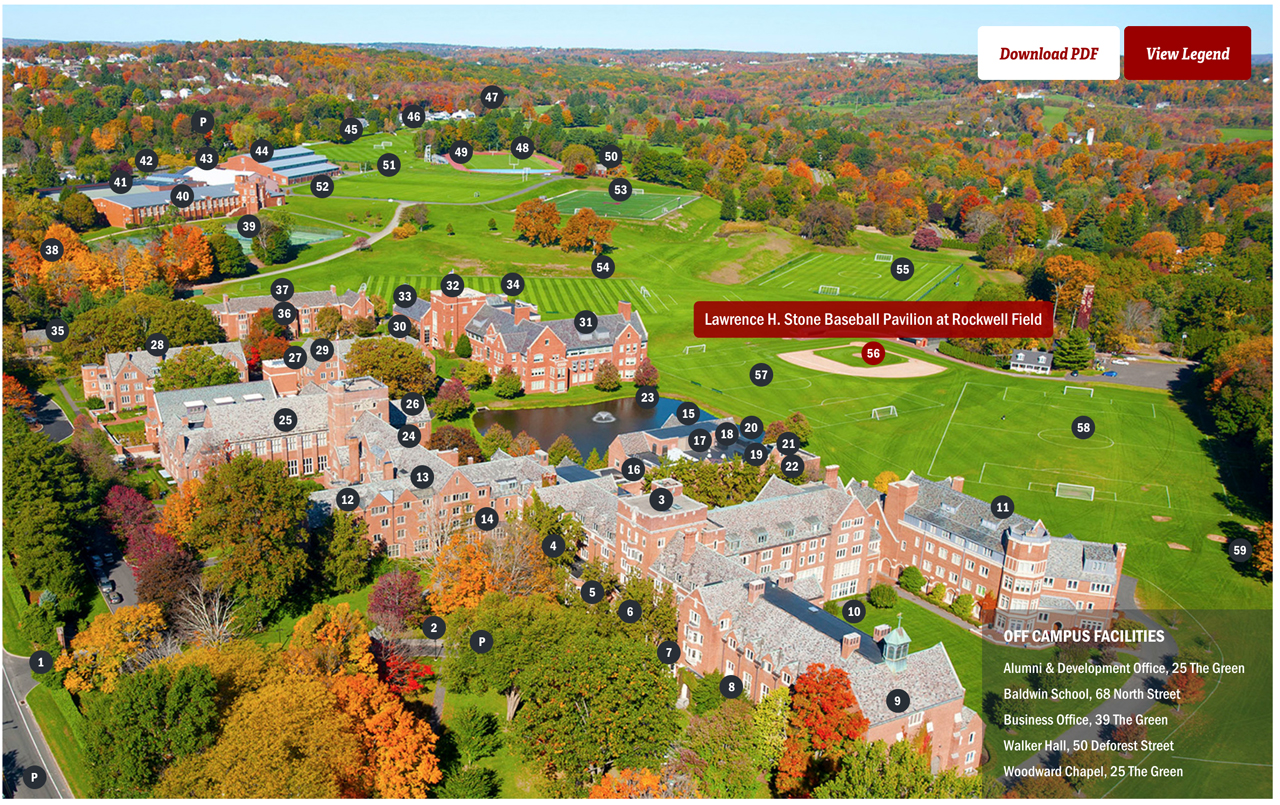 And of course, their Athletics microsite, which mirrors the sheer power of its programs: 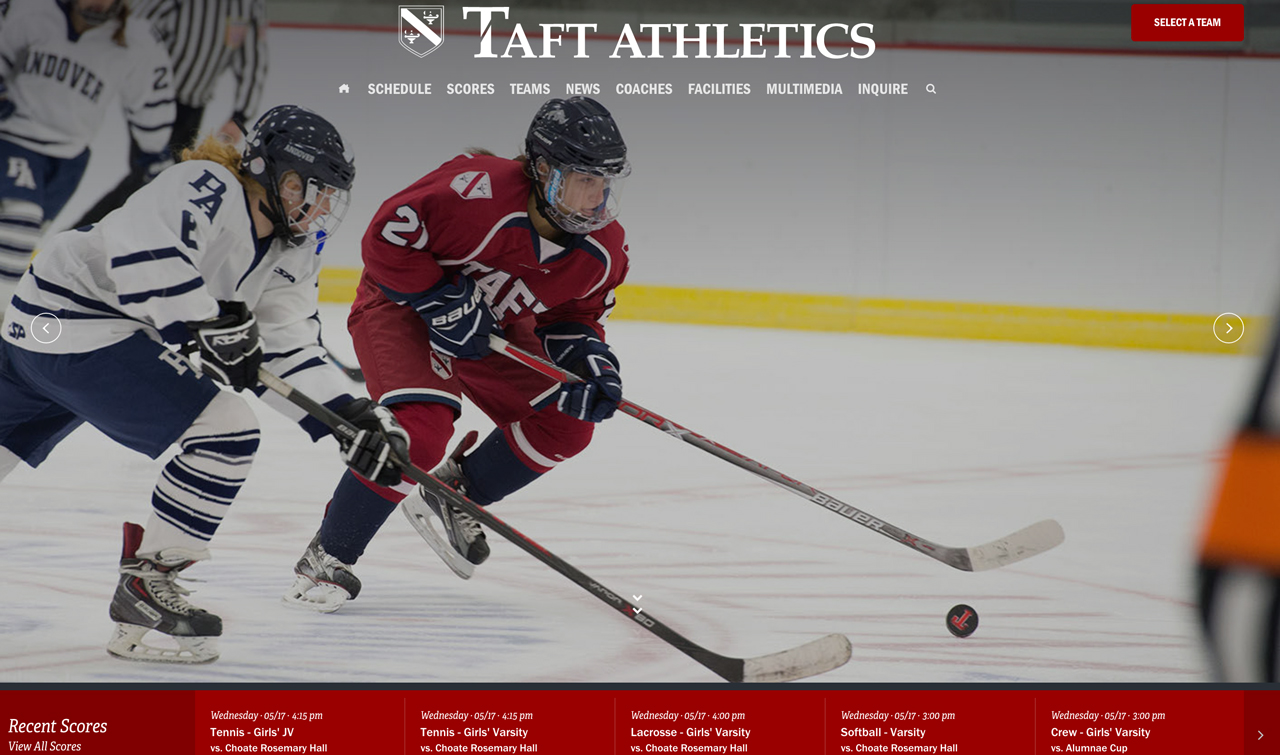 Taft began its quest for digital reinvention with "custom" in mind. Thanks to the collaboration between the school's marketing and communications staff and Finalsite, the look of full-on custom design was achieved at a fraction of the cost. Better still, gorgeous, innovative design came hand-in-hand with what no boutique design firm provides: Finalsite's invaluable experience in the world of education and years of unparalleled support going forward. 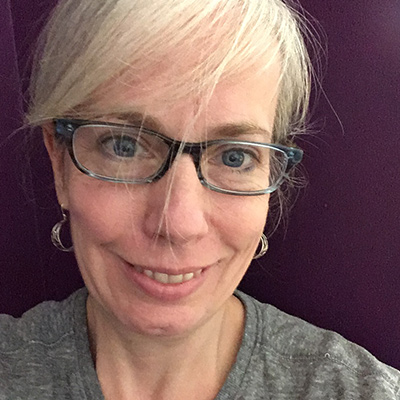 Google Analytics 4 For Schools
The Ultimate Guide to Mobile Apps for Schools
Is Open Source a Good Solution for School Websites?
How to Craft the Perfect Navigation Experience on Your School's Website
Content Marketing 101 for Independent Schools
8 Ways to Refresh Your Admission Pages this Summer
Guide to the 2022 NSPRA Seminar: Getting the Most from the Conference
Using Your Website to Pass a School Referendum
Say That Again-7 Ways to Repurpose 1 School Quote
PPC Marketing for Schools: Making the Most of Your Budget
New School Website Launches: April/May 2022
12 Mind Tricks to Increase Engagement on Your School Website
How Can My School Get More Engagement on Social Media?
Are Open Source Websites Safe?
Do More with Less: 6 Time-Saving Tips for School Marketers
Building a Seamless Enrollment Process with SchoolAdmin
SEO for Schools: Tips for a Better Ranking
Why Public School Marketing Isn’t a Dirty Word
Creative Ideas for Recruiting Gen Z Teachers
How School Districts Can Get the Most Out of Niche

Love what you're reading? Join the 10k school marketers who get the newest best practices delivered to their inbox each week.

Want feedback on your school or district's site? Get a free website report card, generated by an in-house website expert, sent right to your inbox.